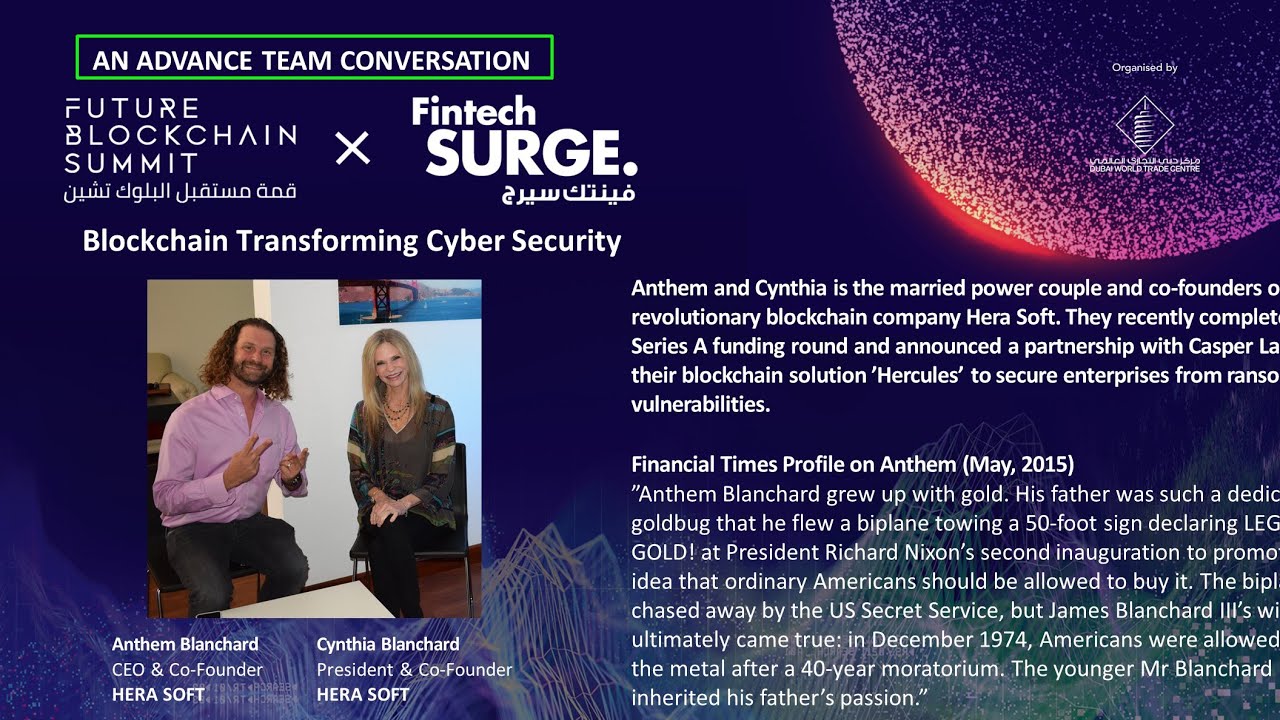 Anthem and Cynthia is the married power couple and co-founders of the revolutionary blockchain company Hera Soft. They recently completed a Series A funding round and announced a partnership with Casper Labs for their blockchain solution ’Hercules’ to secure enterprises from ransomware vulnerabilities.

Financial Times Profile on Anthem (May, 2015)

”Anthem Blanchard grew up with gold. His father was such a dedicated goldbug that he flew a biplane towing a 50-foot sign declaring LEGALIZE GOLD! at President Richard Nixon’s second inauguration to promote the idea that ordinary Americans should be allowed to buy it. The biplane was chased away by the US Secret Service, but James Blanchard III’s wish ultimately came true: in December 1974, Americans were allowed to buy the metal after a 40-year moratorium. The younger Mr Blanchard inherited his father’s passion.”