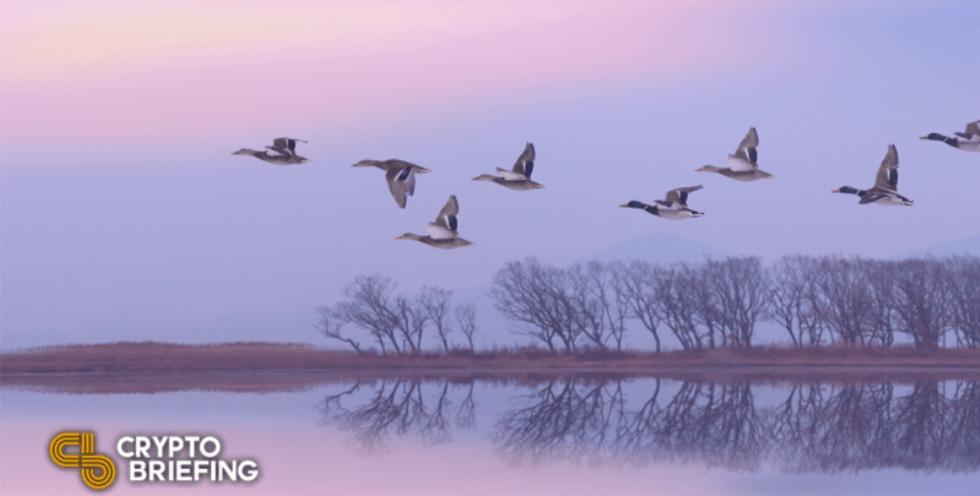 HeraSoft wanted to realize the potential of its tokenized gold-backed asset on a more scalable blockchain.

Despite first tapping Ethereum citing, the HeraSoft team encountered issues with high transaction costs and low network latency. The team sought a more sustainable solution for enterprise use, which led them to migrate their assets to Casper.

Enterprise software company HeraSoft has partnered with CasperLabs to migrate dApps and assets to the Casper Network. The partnership includes the migration of Anthem Gold, HeraSoft’s gold-back cryptocurrency.

“We look forward to working with CasperLabs to bring the most secure and scalable solutions to enterprises and to continue developing more advanced tools to support the greater Casper ecosystem,” said Anthem Blanchard, CEO of HeraSoft.

Ethereum’s scalability woes have been oft-reported, but HeraSoft’s migration comes at a particularly congested time for the network. After breaching $1,600 yesterday, gas fees skyrocketed, limiting even simple token swaps on many platforms.

This is in part why HeraSoft has chosen to migrate to Casper, which boasts a throughput of 1,000 transactions per second (TPS).

Casper has been designed as a smart contracts platform that uses a Proof of Stake (PoS) consensus algorithm and WebAssembly (Wasm), a new code format to build fast web applications.

According to CasperLabs, the migration process for HeraSoft assets would be achieved through Casper Solidity to Rust transpiler, called the Caspiler.  The Caspiler enables developers to migrate dApps onto the Casper network from Solidity-based blockchains such as Ethereum citing without writing code from scratch.

The two teams will also collaborate to expand new token protocols for the Casper blockchain.

Disclosure: The author did not hold crypto mentioned in this article at the time of press.

This site uses technical, analytics and third-party cookies. By continuing to browse, you accept the use of cookies.